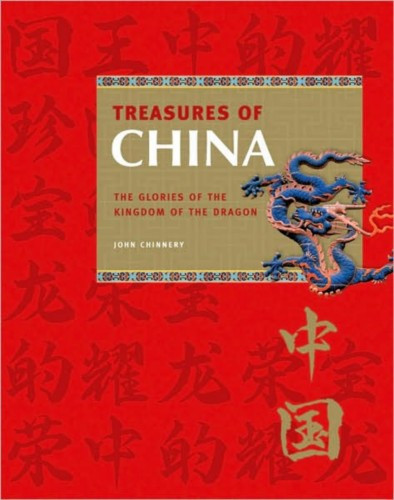 Treasures of China presents a portrait of a country and civilization that has fascinated outsiders for millennia. From the mysterious Xia (ca. 2000bce) to the last imperial rulers, the Qing (1644–1912), the history of the greatest imperial power in East Asia unfolds in seven chapters illuminated by over 170 stunning photographs, from the Crucible of a Civilization through to Imperial Zenith and Decline.

Each section balances informative background with illuminating commentary that explains not only the art forms (from the magnificent bronze-casting to sublime ceramics, exquisite jade carving to ornate laquerwork), but reveals the nature and significance of its rich symbolism. It makes for a fascinating account of imperial power, war and invasion, as well as a journey of discovery.

TITLE: Treasures of China: The Glories of the Kingdom of the Dragon